The primary contact for each OpenSFS Member company is eligible to vote for in the Board election. An online ballot will be sent directly to OpenSFS primary contacts to facilitate the voting process. Election results will be announced during the virtual OpenSFS Member Meeting on May 20, 2021.

The following Board positions and candidates are participating in the 2021 election:

Dr. Sarp Oral is a Senior Scientist at the Oak Ridge Leadership Computing Facility (OLCF) of Oak Ridge National Laboratory, where he is the Group Leader of the Technology Integration Group. His research and development interests are parallel I/O and file system technologies, benchmarking, high-performance computing and networking, fault-tolerance.

I am running for the President of the OpenSFS, because I believe we have more work to do to keep the OpenSFS on a healthy and stable growth path and maintain a positive budget.

My focus will be on reinvigorating our Lustre community and vendor relations post COVID19 pandemic, expanding the OpenSFS membership base and organizing LUG’22. I’ve set a goal to grow the OpenSFS membership base by 25% by LUG’22. Growing the membership base will bring more stakeholders into OpenSFS and will allow to share the responsibilities and reflect a much more complete view of the community. I will work closely with the LUG Organizing Committee for ensuring a successful LUG’22. It is also my goal to disseminate the Lustre code knowledge to the community more widely, as the budget allows. This will allow a younger generation of Lustre developers to penetrate the Lustre developer ranks. I will work with Lustre vendors and academic institutions and National Labs to make this happen. Also, I will pay particular attention to ever growing cloud HPC business and Lustre’s role in this growing field.

Our future looks bright, both for Lustre and for the community. We still have work to make this future a reality. 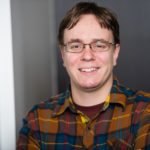 Kirill Lozinskiy is a Senior HPC Storage Systems Analyst at the National Energy Research Scientific Computing Center (NERSC), where he works as a member of the Storage Systems Group. His interests include parallel file systems, object storage, and scalability. Kirill oversees the High Performance Storage System (HPSS), Lustre, and an integration project between GPFS and HPSS. Before coming to NERSC, Kirill was a Senior HPC Storage Systems Administrator at the Broad Institute, a biomedical and genomic research center, where he maintained over 30 PB of file and object storage and worked on HPC cloud computing initiatives.

I am a strong supporter, as well as an avid user, of open-source software. I see Lustre as a critical component for moving into the exascale computing age, and I believe it is imperative to have a high-quality, open-source PFS option for exascale computing. My background is in system administration, HPC, and storage within academic and research environments. I have completed one-and-a-half terms as an OpenSFS Treasurer, and if given the chance to serve as a Treasurer again, I will do everything that I can to promote and advance the Lustre community, and to increase the fundraising for OpenSFS. I thank you for your trust in me, and I look forward to working with you. 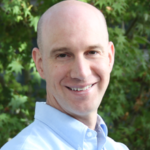 Cameron is a systems engineer in Lawrence Livermore National Lab’s (LLNL) Livermore Computing (LC) center where he leads the Lustre Operations team and oversees ~75PB of production Lustre. Additionally he serves as a systems administrator for numerous systems and as a general I/O strategist. He joined LC in 2014, but started in the HPC world in 2000 at Linux Networx, Inc., then continuing at the US Navy’s Fleet Numerical Meteorology and Oceanography Center (FNMOC) before LC. Cameron has worked with many types of high-performance storage as both a vendor, administrator, and architect, first installing Lustre version 1.4 and then picking it back up in LC with version 2.4.

I’m Cameron Harr, from LLNL, and am submitting my nomination for OpenSFS Treasurer. As a heavy user of Lustre, I look forward to working with the Lustre community at a deeper level.